To share your memory on the wall of Giancarlo Dalla Zuanna, sign in using one of the following options:

Born in Valstagna, Vicenza on August 13, 1938. He lost his parents at a young age and was raised by loving aunts and uncles in Italy before he went to boarding school in Vicenza. It was there that he learned his trade of being a machinist and after graduation he spent some time in the army before he was reunited with his brother Ivano in Canada, where he immigrated in 1961. Soon after his arrival in Canada he met his wife Carmen and they have been married for over 58 years. They raised their beautiful children in Toronto.

He will always be #1 in their lives as anyone who knew him would understand the running joke that he was always #1 and 'you better not forget it'. He loved being the centre of attention and always knew how to make you laugh. He always had to mark every occasion with a photo and made sure you documented it so you wouldn’t forget he was there. Everyday was his ‘birthday’ he used to say because he was alive. He lived life to the fullest and always appreciated every day and every moment he had especially with his family. He loved to spend time with his family any chance he got and never said no to any opportunity to see them. He was always present for any special event for his kids or grandchildren and never said no to an invitation to celebrate them. He was often seen at the hockey arena to watch his grandchildren play hockey and everyone got to meet the man with the big smile and funny jokes. He was like a dad to more than just his own kids and will be fondly remembered by many. He loved to organize social gatherings and there was never a weekend that he wasn’t with family or friends. He always reminded his family that when this day would come he wanted us to have a party to celebrate him. Even though he can’t be with us we will celebrate his life everyday. He is loved dearly and will be greatly missed.

Due to the attendance limitations, A private viewing and funeral will take place.

As expressions of sympathy, donations made to the Heart & Stroke Foundation or Alzheimers Society would be greatly appreciated by the family.
Read Less

To send flowers to the family or plant a tree in memory of Giancarlo Dalla Zuanna, please visit our Heartfelt Sympathies Store.

Receive notifications about information and event scheduling for Giancarlo

There are no events scheduled. You can still show your support by sending flowers directly to the family, or planting a memorial tree in memory of Giancarlo Dalla Zuanna.
Visit the Heartfelt Sympathies Store

Donations are being accepted for:
HEART AND STROKE FOUNDATION OF ONTARIO ALZHEIMER SOCIETY OF CANADA - SOCIETE ALZHEIMER DU CANADA

We encourage you to share your most beloved memories of Giancarlo here, so that the family and other loved ones can always see it. You can upload cherished photographs, or share your favorite stories, and can even comment on those shared by others.

Posted Mar 27, 2021 at 12:09am
Our deepest condolences to the Dalla Zuana family. Our thoughts and prayers are with you. Lisa Parisotto, Gianfranco & Vittoria Bicego
Comment Share
Share via:
HS

Flowers were purchased for the family of Giancarlo Dalla Zuanna. Send Flowers

Posted Mar 24, 2021 at 11:22pm
Dear Carmen and family, please know our thoughts and prayers are with you at this difficult time. Deepest condolences.....Christine & Bianca De Muri
Comment Share
Share via:
DA 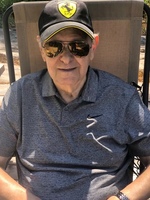 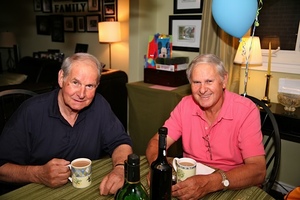 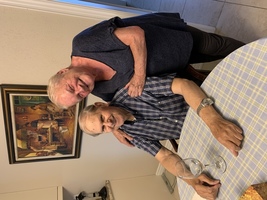