To share your memory on the wall of Aurelio Ciroli, sign in using one of the following options:

Print
With heavy hearts we are saddened to announce the passing our dear father Aurelio Ciroli in his 89th year. Husband of our late mother Cristina (nee Del Rossi) for 56 years.

Aurelio (Marco Paolo) was born in Barisciano, Abruzzo, Italy to ... Read More
With heavy hearts we are saddened to announce the passing our dear father Aurelio Ciroli in his 89th year. Husband of our late mother Cristina (nee Del Rossi) for 56 years.

Aurelio (Marco Paolo) was born in Barisciano, Abruzzo, Italy to Luigi and Cesira (nee Conta). Loving father to daughters Cesira and Lora and son-in-law Sergio. Loving Nonno to Bryan and Katrina. Dear brother to sisters Ida, Redenta and Lorenzina. He will be missed and remembered by his dear nephews and nieces, relatives, friends and neighbours.

He lived to work, he worked hard and enjoyed working. Work was his life until he retired at at the age of 73.

After witnessing World War Two and the aftermath it brought of no work, food and poverty, he worked, from the hills in and around the small Italian town in the Gran Sasso mountain area tending sheep at 8 years old, to a wood mill in his mother’s hometown Male, Terzolas in the north. He was later called to serve in the Italian military in Tarvisio, Italy in 1954. After serving, he found work in Luxembourg, shovelling coal into train box cars, then making his way to Canada in 1956 by sea ocean liner Cunard with his eventual best man Paolo. Like many other immigrants of the time, he arrived at Pier 21 in Halifax Nova Scotia. From there, by train to Toronto, settling on College Street, not knowing any English, he found work the very next day. He worked in the sewers of Toronto, making sidewalks, paving, then joined the union local 506, to eventually find his specialty niche in the construction precast concrete erecting business.

His work brought him to many far off towns in Ontario from Thunder Bay to small town Dwight Ontario, building bridges, the arches of Toronto city hall, to factories, and skyscrapers in downtown Toronto. It opened up his eyes to the new country he called home. He immersed himself in the Canadian way of life learning to speak English very well and developing a love for hockey. In 1963 he met our beloved mother, they married and became long-time residents of the Jane and Sheppard area for 57 years, working and raising a family.

He liked the simple things in life that brought him joy like delicious food and homemade wine, adventures in nature, hard work and family. He was a man of honour and integrity, always humble, dedicated to work and his family. We were never short of anything we truly needed, be it help, care or his unwavering love.

He was always toiling away around his treasured home and cars. He was a master backyard gardener, neat and tidy in whatever he did, helping family, friends build fences, renovating and on top of his roof this past November at 89. Thereafter, his illness of the past year started to take its toll and finally slowed him down in February. During the night of April 8th, Aurelio unexpectedly drifted off to the heavens above, to join the love of his life, dear parents, friends, and loved ones who have gone before him.

May he rest his spirit and his hard-working strong hands in much deserved peace and tranquility.

Now that the Toronto Region has moved to a “Lockdown Zone”, visitations will allow a maximum of 25 people in attendance. Please keep in mind that the Visitation and Funeral Service is by invitation only due to Government Restrictions as well as the Bereavement Authority of Ontario directives.

We would kindly remind all guests who are coming to pay their respects, to always remember to practice physical distancing and to avoid all physical contact.

Please note that it is now mandatory by the Government of Ontario that all family and friends attending any type of funeral service, must be wearing a facial covering.

As we continue to pray for an end to this horrible virus, the Ciroli Family would like to thank you for your support during their time of sorrow.
Read Less

To send flowers to the family or plant a tree in memory of Aurelio Ciroli, please visit our Heartfelt Sympathies Store.

Receive notifications about information and event scheduling for Aurelio

We encourage you to share your most beloved memories of Aurelio here, so that the family and other loved ones can always see it. You can upload cherished photographs, or share your favorite stories, and can even comment on those shared by others.

Posted Apr 10, 2021 at 11:41am
Lora, Sergio & family. Please accept our most heartfelt sympathies for your loss. We will remember Aurelio fondly.

Posted Apr 10, 2021 at 10:34am
Dead Ciroli family, We are very sorry about your loss. Our thoughts and prays are with you during this difficult time.

Posted Apr 09, 2021 at 11:35am
Cesira and Lora, I am very sorry to learn about your father's passing. I am sending you and your families healing prayers & comforting hugs!
Colleen
Comment Share
Share via:
HS

Flowers were purchased for the family of Aurelio Ciroli. Send Flowers 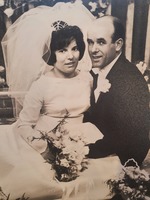 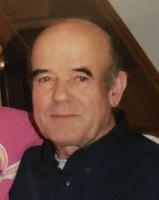 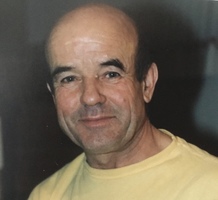