To share your memory on the wall of Antonio Grossi, sign in using one of the following options:

Print
Toronto – We are so sad to announce that Antonio Grossi, age 84, passed away on March 18th, at home where he always wanted to be, after a brave battle with prostate cancer.

Tony was larger than life and his family and friends miss him... Read More
Toronto – We are so sad to announce that Antonio Grossi, age 84, passed away on March 18th, at home where he always wanted to be, after a brave battle with prostate cancer.

Tony was larger than life and his family and friends miss him so dearly.

We take comfort knowing he’s now reunited with his daughter Olimpia, his son-in-law Bradley, his parents Domenico and Olimpia, and his uncles and aunts whom he adored. There must have been one hell of a welcoming party, with Tony, no doubt, holding court, retelling stories about the good old days, filling everyone with wine, laughter and Italian dance songs he played on his accordion with uncle Paul on guitar.

Despite coming to Canada as an immigrant from Italy with barely a dollar nor an English word, Tony built a successful life driven by his passions. A life we are all so proud of. In the 1960s he was the accordian player of a popular dance band in Toronto’s Little Italy who played many Toronto venues such as the El Mocambo. He later went on to become a very successful real estate agent, but ultimately, and most importantly to him, his greatest accomplishment was being a great father and grandfather. He was affectionately referred to as “dada.” And he accomplished all of it with the love of his life, Maria, by his side.

So many memories – the pride he had showing us his shiny, new blue Cadillac in front of our house on his 50th birthday, the endless stops on the road to Wasaga Beach or Niagra Falls to look at the cows in the fields, always holding his grand-daughters’ hands.

He was the soundtrack to our lives: the music, him calling out his wife’s name for something, anything, everything (Maria!), and his joyous loud laugh. We will always remember the lines from commercials or songs he’d recite as responses or reactions to something we told him such as (Oh, oh, foot odour!), ( here's Johnny!) , ( I wish I had a V8) (Chances are…), and the pronouncements on life he’d dole out at the kitchen table eating lunch such as " watch out for people who don't love music".

Tony leaves his wife Maria, his children Fiorella and Domenic, his granddaughters Cassandra and Julia, for whom he was like a second father, his son-in-law Mike Mete and his brothers, Vittorio and Joe, and their families.

Family and friends are welcome to registerer for the visitation and funeral mass directly with the immediate family. Visitation is being held at the DeMarco Funeral Home, 3725 Keele Street, on Thursday March 25 from 8:30am to 10:00am. Funeral Mass to take place at St Clare's Catholic Church, 1118 St. Clair Avenue West @ 11am. Entombment to follow at Westminster Cemetery.

Donations in memory of Tony can be made at Diabetes Canada.
Read Less

To send flowers to the family or plant a tree in memory of Antonio Grossi, please visit our Heartfelt Sympathies Store.

Receive notifications about information and event scheduling for Antonio

Donations are being accepted for: DIABETES CANADA.

We encourage you to share your most beloved memories of Antonio here, so that the family and other loved ones can always see it. You can upload cherished photographs, or share your favorite stories, and can even comment on those shared by others.

Guaranteed hand delivery by a local florist
BE

Posted Mar 22, 2021 at 10:30pm
Wishing you peace to bring comfort, courage to face the days ahead and loving memories to forever hold in your hearts.

3 trees were planted in the memory of Antonio Grossi

Posted Mar 22, 2021 at 05:45am
Please accept our most heartfelt sympathies for your lossour thoughts are with you and your family during this difficult time.

3 trees were planted in the memory of Antonio Grossi

Posted Mar 25, 2021 at 12:29pm
Our most heartfelt condolences to Maria and family. Tony was a special person who brought joy to many. The good old days on Grace Street playing his accordion will always be cherished.
He will be deeply missed.
Rest In Peace. 🙏🏼
John Mari and Franca Grossi
Comment Share
Share via:
JB

Posted Mar 25, 2021 at 07:35am
I am so very sorry for your loss. I feel privileged to have met Tony. He had a large personality and loved his family deeply. I am thankful to have this memory of taking my son to "tomato sauce" making day. It was quite the operation and Tony was at the centre of it all! Rest well Tony. Love Jeannie & Rhys xo 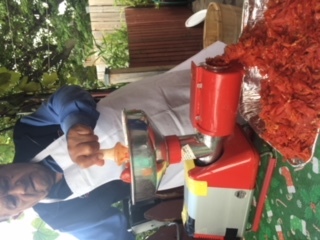 Posted Mar 24, 2021 at 10:23pm
Dear Maria and family,
Our thoughts and prayers are with you during this difficult time. Sending our heartfelt condolences to you all.
Vittorio & Adalgisa Carnevale
Comment Share
Share via: 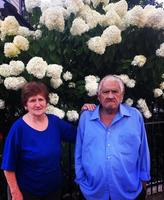 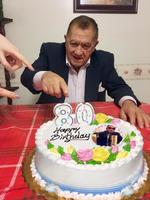